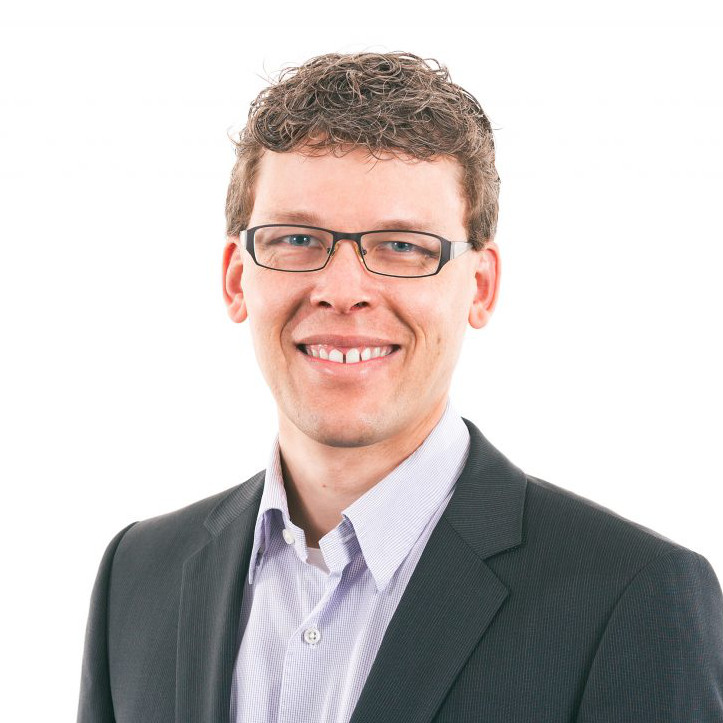 Bio: Florian Alt is a Professor of Usable Security and Privacy at the Research Institute CODE (Bundeswehr University Munich). In his research, Florian looks at the role of humans in security critical systems, focusing on topics related to behavioral biometrics, physiological security, social engineering and usable security in novel application areas, such as smart homes and VR. 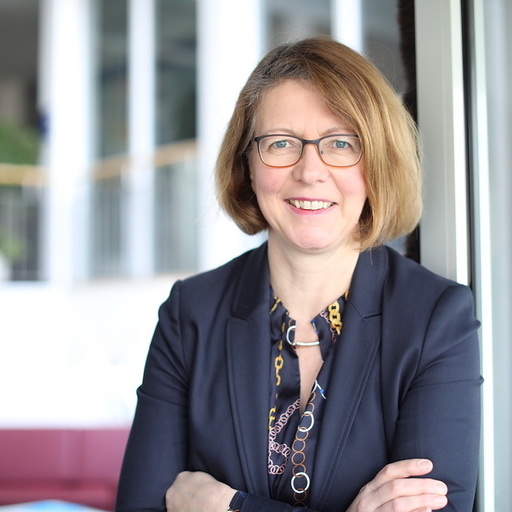 Susanne Boll is a lead researcher in a number of international and national research projects in the field of intelligent user interfaces. She leads the Human–Machine Cooperation Competence Cluster, which drives the activities of the OFFIS research institute in this field. Susanne Boll has acquired and led over 50 research projects since 2002, funded by national and international research foundations as well as industry partners. Her competitive research results are published in the most prestigious conferences in the field of HCI, including CHI, MobileHCI, and Pervasive. Overall, she has published more than 200 articles in books, journals, and proceedings of international conferences and workshops in the fields of semantic retrieval, mobile systems, geographic information retrieval, and intelligent user interfaces. She is an active member of the scientific community, has co-organized several international events, is a member of several editorial boards, and has been a member of more than 100 Technical Program Committees.

Role in the Priority Program: Susanne Boll is the coordinator of the priority program. She is also a Principal Investigator in the Project RIME and Gripss 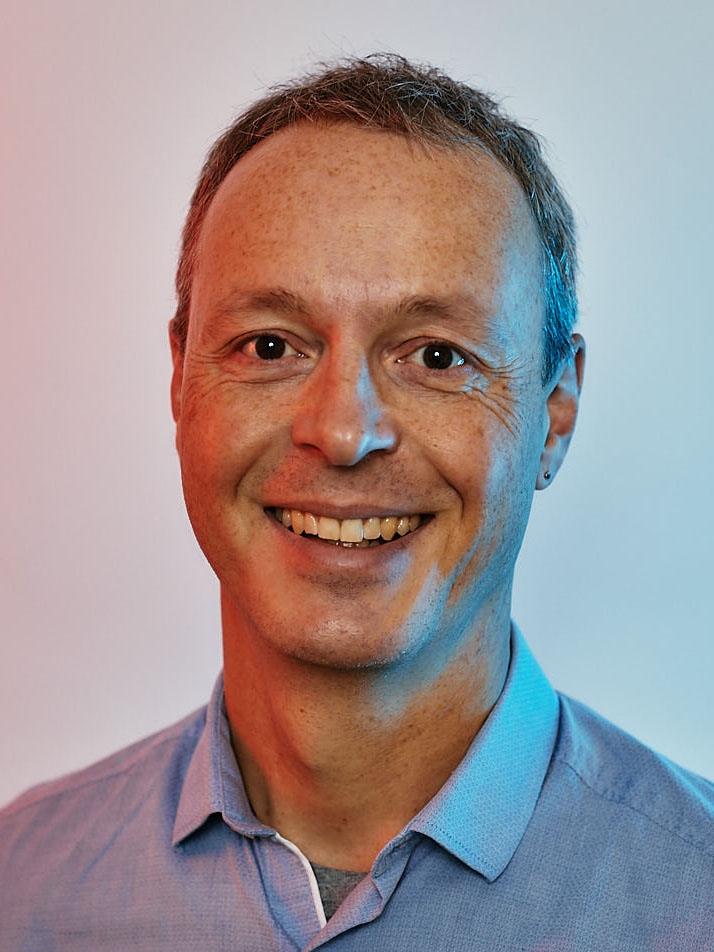 Bio: Andreas Butz finished his PhD in Computer Science in 1997 at Saarland University. After his PostDoc time at Columbia University, New York, and 2 years as the CEO of a startup company he returned to academia with an Emmy Noether grant funded by DFG and was appointed as a professor at LMU in 2004, where he is currentöy leading the Human-Computer Interaction group. In 2010, his work on human-centered intelligent environments was awarded with the Alcatel Lucent research Award.

Bio: Since 2007 Sarah Diefenbach is engaged in research on user experience, the design of interactive products and experiential qualities as an (economic) success factor. Current research topics focus on the consequences of technology in everyday life, such as social media, fitness-gadgets or the smartphone as constant companion. In this context, her studies explore the individual subjective wellbeing and happiness as well as changes regarding social norms and the society as a whole. 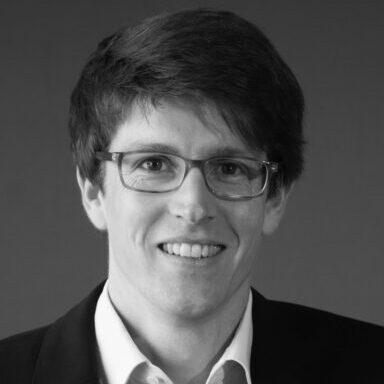 Bio: Tobias Grundgeiger received a PhD from the University of Queensland, Brisbane, Australia, in applied cognitive psychology in 2011. He is currently working as a senior lecturer at the Julius-Maximilians-Universität Würzburg, Germany. His research interests include distractions and interruptions, visual attention distribution, and cognitive aids. He is particularly interested in the design of healthcare technology which improves safety and users’ experience. 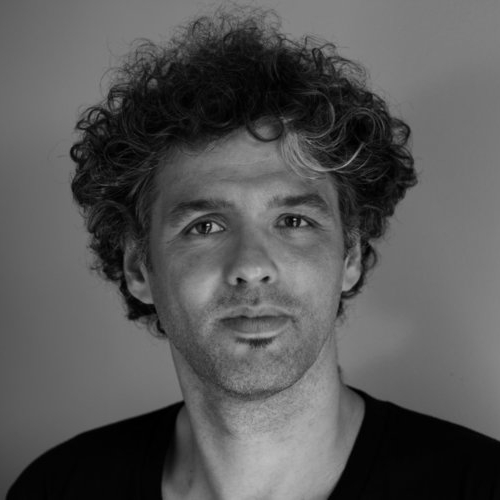 Bio: Dr. Marc Hassenzahl is professor for “Ubiquitous Design / Experience and Interaction” at the University of Siegen, Germany. He combines his training in psychology with a love for interaction design. With his group of designers and psychologists, he explores the theory and practice of designing pleasurable, meaningful and transforming interactive technologies. Marc is author of “Experience Design. Technology for all the right reasons” (MorganClaypool), co-author of “Psychologie in der nutzerzentrierten Produktgestaltung. Mensch-Technik-Interaktion-Erlebnis” (“People, Technology, Interaction, Experience”) (Springer, with Sarah Diefenbach) and many peer-reviewed papers at the seams of psychology, design research and interaction/industrial design.

Bio: Marc Herrlich is currently assistant professor (Juniorprofessor) for Serious Games Engineering in the Department of Electrical and Computer Engineering at TU Kaiserslautern. Before he was appointed as professor in Kaiserslautern, he worked as a research assistant and later senior researcher at the Digital Media Lab at the University of Bremen. His research focuses on novel, beyond desktop interaction techniques sometimes summarized as “reality-based interaction techniques” and user-centered application, adaptation, and personalization of serious games and gamification within different domains. 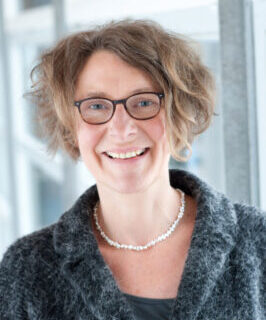 Bio: Anke Huckauf studied psychology and received her PhD from RWTH Aachen. She headed a Juniorprofessorship at the faculty Media, Bauhaus-University in Weimar. Since 2009, she holds a full professorship for General Psychology at Ulm University. Her main interests are on perception out of focus and gaze-based interaction. 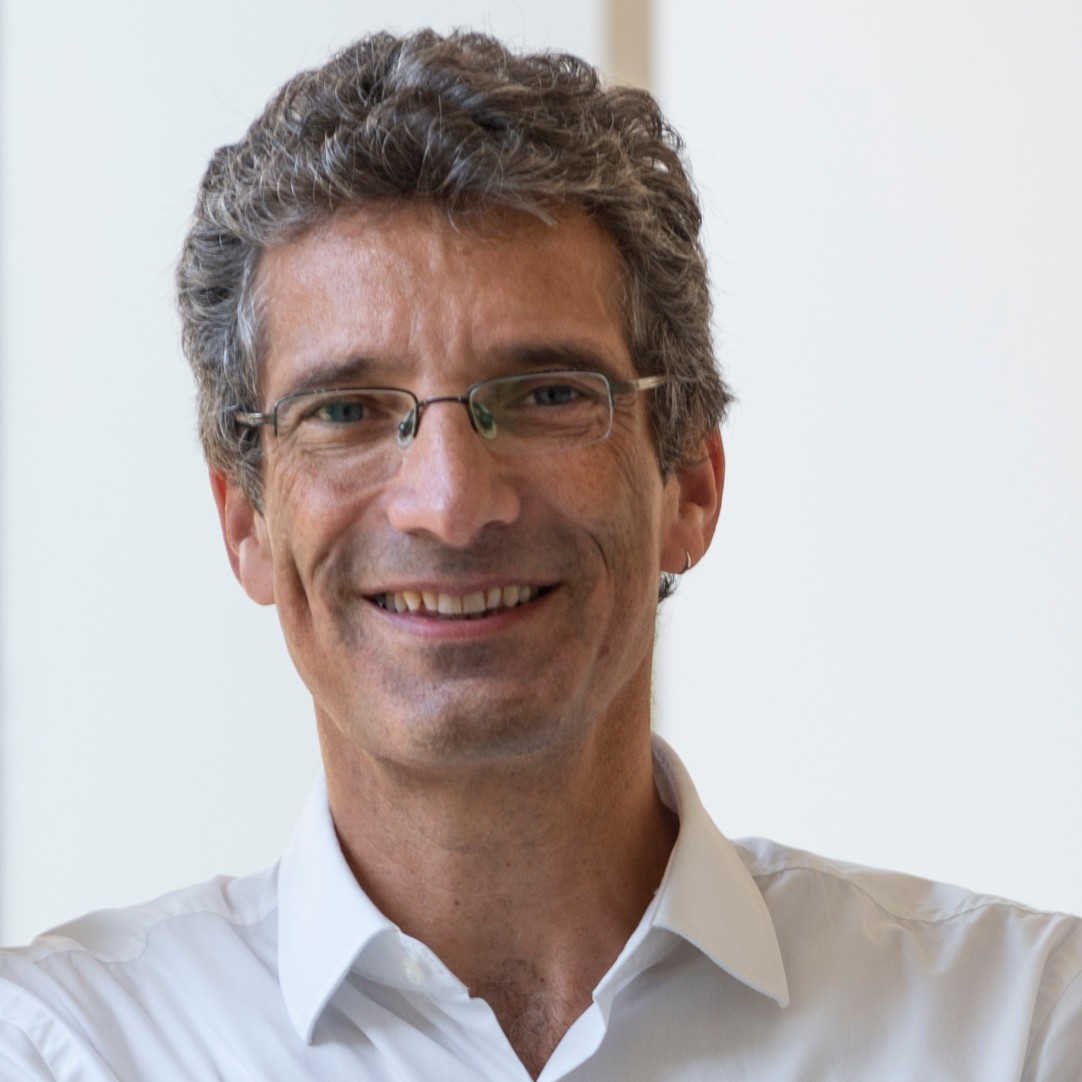 Bio: Antonio Krüger is CEO and scientific director of the German Research Center for Artificial Intelligence GmbH (DFKI) and head of the department “Cognitive Assistants” at DFKI. He is a full professor for Computer Science at Saarland University (since 2009), Head of the Ubiquitous Media Technology Lab and scientific director of the Innovative Retail Laboratory (IRL) at DFKI. 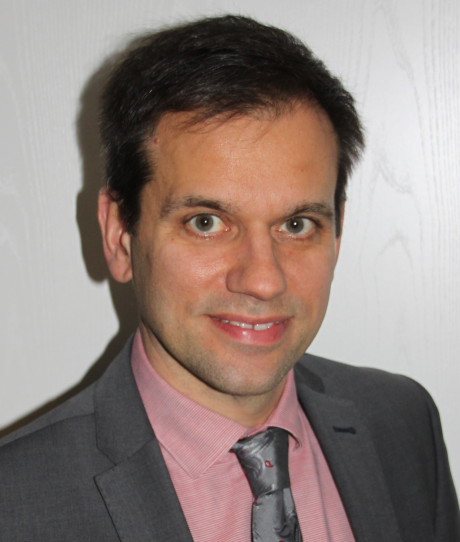 Bio: Lars Linsen is a Full Professor of Computer Science at the Westfälische Wilhelms-Universität Münster. He received his academic degrees from the Universität Karlsruhe (TH) including a Ph.D. in Computer Science. Subsequent affiliations were the University of California, Davis, U.S.A., as post-doc, the Ernst-Moritz-Arndt-Universität Greifswald as assistant professor, and Jacobs University, Bremen, as associate and full professor, respectively. His research interests are in interactive visual data analysis. 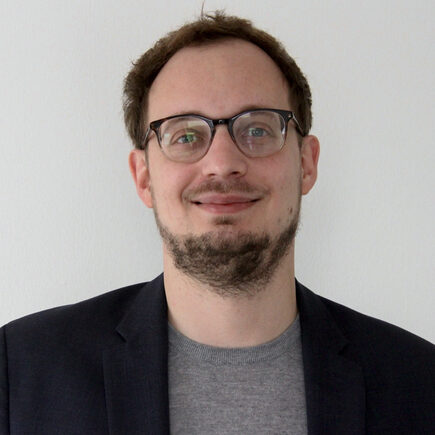 Prof. Dr. Tilo Mentler is a professor of Human Computer Interaction and User Experience at Trier University of Applied Sciences since 2020. He researches and teaches systematic human-centered development of interactive systems, especially in the context of demanding activities (e.g. mobile devices in medicine, multi-screen workstations in control rooms, augmented and virtual reality for emergency services). Previously, Prof. Dr. Tilo Mentler was junior professor for Safety-Critical Human-Machine Systems in Technology and Medicine at the University of Lübeck. He is spokesman of the Human-Machine Interaction in Safety-Critical Systems section of the German Informatics Society (GI), member of the IFIP Advisory Board of the GI and GI representative in the IFIP Domain Committee on IT in Disaster Risk Reduction. 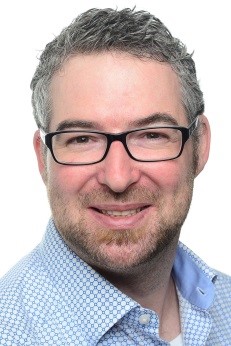 Bio: Florian Niebling received his doctorate on interactive parallel real-time graphics from University of Stuttgart in 2013. He is currently working as a research group leader at the chair for Human-Computer Interaction at the Julius-Maximilians-Universität Würzburg, Germany. His research interests include interaction with data in virtual reality (VR), augmented reality (AR) and on the desktop, software engineering of complex systems in parallel and distributed computing environments as well as scalable post-processing and visualization of large datasets. 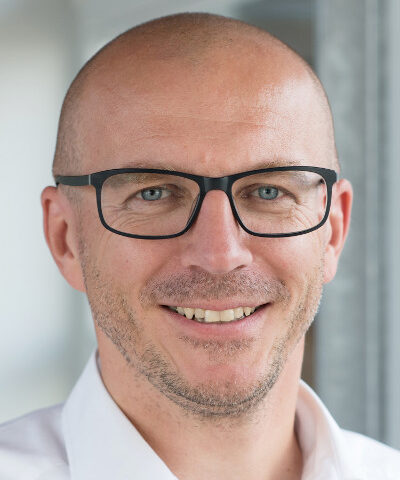 Bio: Enrico Rukzio is Full Professor of Computer Science at Ulm University where he heads the Human-Computer-Interaction group within the Institute of Media Informatics. Prior to his current position, he was an Assistant Professor at the Ruhr Institute for Software Technology (University of Duisburg-Essen) and a RCUK academic fellow & lecturer at the School of Computing and Communications at Lancaster University. He holds a PhD in Computer Science from the University of Munich. 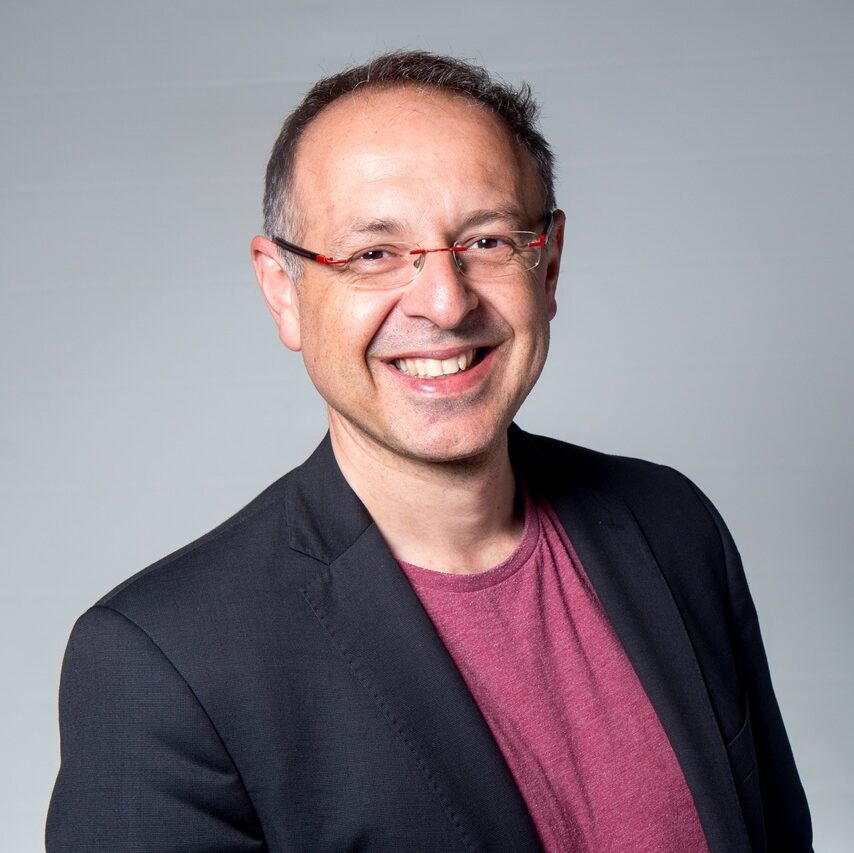 Bio: Albrecht Schmidt is professor in the computer science department of the Ludwig-Maximilians-Universität München in Germany. In his research, he investigates the inherent complexity of human-computer interaction in ubiquitous computing environments, particularly in view of increasing computer intelligence and system autonomy. He coined the term implicit interaction. Albrecht has co-chaired several SIGCHI conferences and he is on the editorial board of ACM TOCHI. In 2018 he was elected to the ACM CHI Academy. 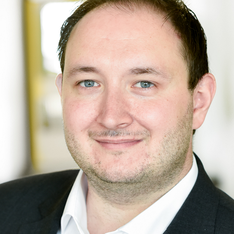 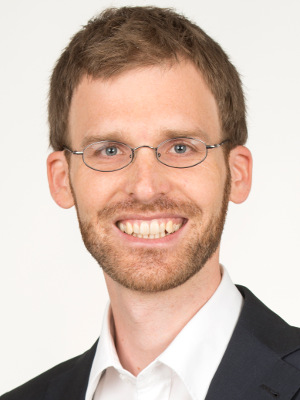 Bio: Jürgen Steimle is a full professor of Computer Science at Saarland University, where he directs the HCI Lab. Previously he held appointments at the Max Planck Institute for Informatics, at Massachusetts Institute of Technology and TU Darmstadt. His research investigates user interfaces that offer rich material properties, to enable more effective, expressive, and engaging interactions with computers. He is recipient of an ERC Starting Grant, best paper awards at CHI and UIST, and the Best Dissertation Award of the German Informatics Society. 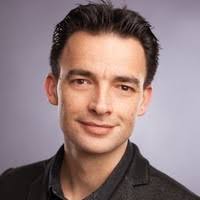 Bio: Dimitar Valkov is a post-doctoral researcher at the Westfälische Wilhelms-Universität Münster. His current research interests are in virtual reality and natural user interfaces, with a special focus on perception-based interaction. He has received his academic degrees from the University of Sofia and the Westfälische Wilhelms-Universität Münster, where he also received a Ph.D. in Computer Science. 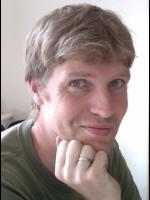 Kristof Van Laerhoven heads the Ubiquitous Computing Group at the University of Siegen. His research focuses primarily on small portable and embedded computer systems for recognizing, monitoring, responding and learning the phenomena around them. Previously, he was Professor of Embedded Systems at the University of Freiburg, headed a junior research group for embedded sensor systems at TU Darmstadt and did his Ph.D. at Lancaster University (UK). He is currently co-chair for the UbiComp / ISWC 2020 conference in Cancun, Mexico. 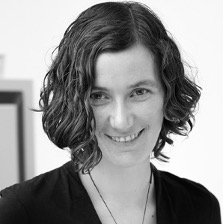 Bio: Katrin Wolf is a professor for Human-Computer Interaction at the Beuth University of Applied Sciences Berlin. Her research interests lie at the intersection of human–computer interaction and interaction design, focusing on how to make novel technologies more usable and useful. To date, her research has focused on technologies and domains including mobile and wearable systems; virtual, augmented and mixed reality, as well as interactive exhibitions.